↓ Skip to Main Content
Home › Caribbean ports › Thinking of going to Cuba? You should read this first and then pick some other voyage

Thinking of going to Cuba? You should read this first and then pick some other voyage

Carnival Miracle Nick & Nora supper club was one of the best specialty restaurants tried on any cruise ship. THE PRIVATEER CLAUSE photo

Ordinarily taking a cruise to Cuba would not rate high in my house.

Being trapped on a ship packed with “wild and crazy” middle-agers eager to “partay” on a conga line would be my wife’s idea of Hades. As for me, I have vowed not to return to Cuba until it’s free and have not returned in 44 years.

But I must admit that Carnival Cruises is making it very tempting to try to book passage. They recently announced a discriminatory policy of refusing to take Cuban-Americans to the island of their birth puts a large, neon “Sue Me” sign right next to their company logo.

Oh, and there’s also the added bonus of exposing the fact that Carnival’s policy epitomizes what’s wrong with President Obama’s (sometimes literal) embrace of the Castros. Like all dictators, the Castros are bacterial: Touch them, and you get contaminated.

Carnival has now caught the Castros’ cooties. The same will happen to that nice company near you if it tries to do business with Cuba. It, too, will find out that it can only do business with Raul Castro’s son-in-law, General Luis Alberto Rodriguez Lopez-Calleja, the man in charge of the Cuban economy.

Carnival’s policy is so stupid even Secretary of State John Kerry tried to distance the administration from the company on Thursday. “They should not embrace a policy that is Cuban, which winds up discriminating against Americans,” Kerry told Miami’s Channel 10.

Bloomberg laid out what’s at stake very well in this story with the telling headline, “Want to Do Business in Cuba? Prepare to Partner With the General.”

If you do, please understand you’re giving the general money to buy more bullets and torture implements. You may still want to go ahead, but consider there might not be enough NyQuil in the world to help you sleep after that.

Just consider the principle here. The Castro regime doesn’t recognize Cuban-Americans as Americans. And Carnival’s okay with that. It has sold out Cuban-Americans and abased itself in exchange for profit.

Let’s be clear here. This is what our “embassy” in Cuba says on its website:

The Government of Cuba does not recognize the U.S. nationality of U.S. citizens who are Cuban-born or are the children of Cuban parents. These individuals will be treated solely as Cuban citizens and may be subject to a range of restrictions and obligations, including military service.

Get that? The Cuban regime says it owns you if you or your parents are Cuban-born. It does not recognize your decision to become a naturalized American, nor does it accept that being born in America makes you and American. As far as the Castros and their cronies are concerned, Cubans and their children belong to them and are incapable of ever breaking free.

And for good measure, the Cuban government says that people born in Cuba cannot come in by sea. Carnival will abide with that and will not book any American born in Cuba on any of its Cuba-bound cruises.

Would a suit against Carnival succeed?

It’s unclear whether Carnival is violating the 1964 Civil Rights Act, which bars American “places of public accommodation” from discrimination on the basis of “race, color, religion, or national origin.”

A federal lawsuit has already been filed in Miami. The issue is whether the act applies overseas, though many say it does as the passengers are embarking here.

But either way, Carnival knows it is violating the spirit of the law, and that what matters here is the court of public opinion. Carnival deserves shunning. Sen. Bob Menendez, D-N.J., born in the U.S. to Cuban parents, put it well when he said,

I never could have fathomed an American company could be so blinded by the prospect of profit in Cuba that it would enter into a business deal with the Castros that tramples on the civil rights of our own American citizens. Make no mistake–by discriminating against Cuban-Americans, Carnival is allowing the Castro regime to extend its oppressive reach to our shores.

It’s impossible to know what Carnival’s executives were thinking when they agreed to let the Castros dictate their policy to their company. This “Love Boat” is headed to court. 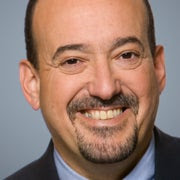 Mike Gonzalez, a senior fellow at The Heritage Foundation, is a widely experienced international correspondent, commentator and editor who has reported from Asia, Europe and Latin America. He served in the George W. Bush Administration first at the Securities and Exchange Commission and then at the State Department. His book,  “A Race for the Future: How Conservatives Can Break the Liberal Monopoly on Hispanic Americans,” was published in September.Read his research.

CRIME ON THE HIGH SEAS

PIRATE TRIALS – The freelancing, ferocious felons of the sea.

Be sure to enter your email to get your FREE Thriller